Death and Birth in My Life

During May 2018, Mats traveled to “lalela. a place of listening.” in the Magaliesburg just outside of Johannesburg, to initiate a new project “Death and Birth in my Life”.

The project consists of series of filmed conversations, in which two people share stories with each other from their own experiences of death and birth. These conversations are not planned or scripted, participants are asked to simply listen to the other person’s story and react with a story that emerges from the listening. The project asks us to explore what happens when we listen to each other and share from the heart.

Death and Birth will be presented at the inaugural Young Congo Biennale in Kinshasa in October 2019.

Swiss Artist Mats Staub describes himself and work as “a traveller through the realms of memory. His long term projects grow incrementally from place to place.” He began the project 21 – Memories of Growing Up in 2012, asking people from different generations to recall their memories of turning 21. Mats records these stories and then plays them back to the interviewees three months later, filming their response to hearing their own stories. These video portraits comprise the project installation, which grows and evolves with each new geographical location that it visits – Switzerland, Germany, Serbia, Belgrade, England, Holland, South Africa and the DRC.

Over the past five years, Pro Helvetia Johannesburg has supported various points of engagement and iterations of Mats’ 21 project in South Africa and the DRC. The growing archive of portraits span race, culture, language and geography, offering a poignant view into what makes us human.

Mats first visited South Africa in December 2015 for a research residency to explore the possibility of developing his project 21 – Memories of Growing Up. This led to his working closely with Maia Marie and Nomonde Mbusi during the course of 2016 and 2017 towards a presentation of the global project and a Joburg version in South Africa. 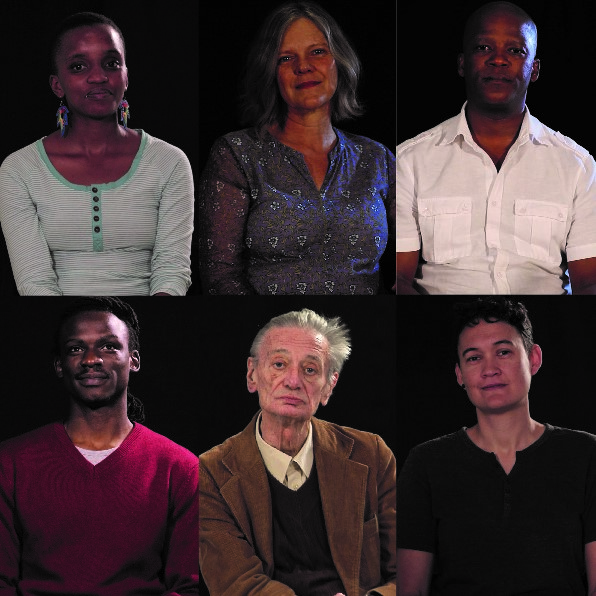 In May-June 2017 the international version of the project including a selection of portraits from all the countries that the project has visited was exhibited at the District Six Museum in Cape Town as part of the International Encounters Documentary Film Festival and the 19th ASSITEJ World Congress and International Theatre Festival for Children and Young People.

For the Joburg edition, Mats worked in collaboration with Maia and Nomonde, introducing them to his listening methodology and together they produced nine portraits. Maia and Nomonde then produced a further ten portraits. The 21 Joburg edition combined the 19 portraits of people who live in Joburg, in English, isiZulu, isiXhosa and seSotho, with a selection of portraits from people who like in different European cities.

21 Joburg premiered in July-August 2017 at The Market Photo Workshop in Johannesburg, before moving on to Bloemfontein in October to be hosted by the University of the Free State Anthropology Department and Institute for Justice and Reconciliation at the Sasol Library Foyer.

During 2016-2017 Mats also began working with Patrick Mudekereza and Jackson Bukasa in Lubumbashi in the Democratic Republic of Congo to initiate 21 Congo alongside the French version of the project. The logistical challenges of presenting the video installation in the context of Lubumbashi lead to an exciting adaptation into VR format. In May 2019 the first VR presentations took place at various institutions in Lubumbashi in partnership with our Regional Mobility Partner Waza  Art Centre in the context of their MITAANI #digital MOMENTS programme, which centres around the idea of making artistic creation, memory work or the production of knowledge public in a relevant curatorial system. 21 Congo in VR included conversations recorded in Lubumbashi and Kinshasa, as well as from the various other countries that the project has touched, including South Africa. The project was positively received by journalists who praised the projects empathetic storytelling, university students who encountered VR for the first time, interviewees and the wider arts community.

In October 2019 Mats presented 21  at the inaugural Young Congo Biennale at KinArt Studio in Kinshasa. He will also present his other ongoing project, Death and Birth.