Geneva based, Kinshasa born dancer and choreographer Jolie Ngemi is preparing a new solo choreographic project titled “Nkisi” which will premiere in March 2023 at the Arsenic in Lausanne. Jolie will undertake a research trip in two parts in the DRC and South Africa to improve her knowledge of traditional ritual and the magical practices of Nkisi and the women of the African continent who use them. Her research is towards developing a choreographic language specific to the “Nkisi” project.

Jolie outlines the concept of the project and focus for her research: “‘Nkisi’ is a word in Lingala, my mother tongue, which has many meanings. It can commonly
mean ‘remedy’, ‘witchcraft’, ‘medicine’, or designate a sacred fetish (statuette). The original animist beliefs persist, but their expression has become secret, hidden, almost cursed. The very subject of Nkisi, in Africa in general, remains taboo. However, it is the healing and luck-bringing part of the Nkisi that really motivates the creation of this show: Nkisi as a remedy, a vaccine, a solution to life’s problems, against poverty as well as against disease. My research focuses on the women also called Nkisi. In the time of our ancestors before colonization, these valiant, strong women were hired by kings to save kingdoms. The word Nkisi can therefore designate a magical force, the sacred object (e.g. statuette) that is its vector, but also a woman who has access to its power. The Congolese kings, called Mfumu, used the services of these women as magicians, mediators of occult forces to prevent misfortunes, epidemics, to perform magical rituals to save the country. As I found these stories in my research, I strongly identified with the bravery of these women.”

During her research trips, Jolie will meet women who practice Nkisi and investigate the way they are perceived in society. She hopes to observe spiritual practices that link the human and non-human and develop a body of choreographic gestures based on trance rituals. She is also interested in deepening her understanding and engagement with her Afro-descendent identity.

The first part of the research in Kinshasa, DRC took place from 14 August to 10 September 2022. Jolie focused on understanding her own Congolese heritage and its presence in her artistic work by analysing the image of the Congolese woman and its representation by local artists. Jolie also met with a Nkisi woman and returned to Switzerland with a better understanding of the responsibility that a Nkisi ritual implies, both for the person consulting and the one performing the ritual.

The second part of the research in Johannesburg, South African will take place from 11 – 19 December 2022. This follows after two weeks of research residencies in Switzerland in Lausanne (at the Arsenic) and Basel (at the Kaserne) in October 2022. In South Africa, Jolie will be joined by Basel-based choreographer and dramaturg for the project Jeremy Nedd. The purpose of the trip is to continue field research, and collect images and stories for the creation of the scenography, music, and choreography of the “Nkisi” project. Jeremy has also planned an inspiring artistic itinerary for each of their works, including visits to museums and meetings with Amapiano dance groups. 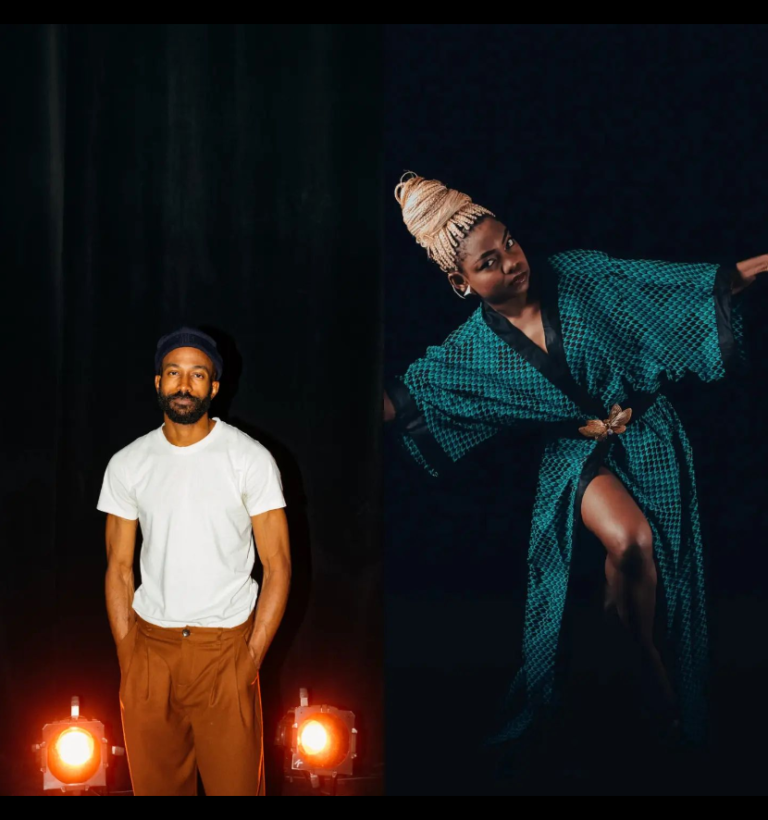 Jolie Ngemi is a dancer, choreographer and musician who lives in Switzerland and works throughout Europe (Belgium, France, etc.). Born in Kinshasa, Democratic Republic of Congo in 1989, she obtained the Diploma (Baccalaureate), 2006-2007 in literary option. She obtained other diplomas and certificates in the artistic field and has been working professionally as an artist since 2007. Jolie started dancing at the Protestant church in Kinshasa. As a teenager, she practiced urban dance. At the age of 17 she met the choreographer Jacques Bana Yanga with whom she studied contemporary dance. In 2008, she began the creation of the show “Mist” by choreographer Thomas Steyeart, and toured the creation in Africa and Europe. In 2011, she collaborated with Ula Sickle and Yann Leguay for a solo called “Jolie”, created in South Korea (Seoul) and toured in Belgium, France, Holland, Poland, Vienna. In 2012 Jolie was invited to the U.S.A. to represent women at the “New-York live arts” festival. In 2013 she auditioned at P.A.R.T.S. in Brussels where she trained for two years. Following this, she was spotted by the choreographer Boris Charmatz and they went on to produce two shows: “Danse de nuit” – the first one about the history of Charlie Hebdo, and “10.000 gestes” which toured in France, Brussels, London, Germany, Switzerland, etc. Since then, Jolie has started her own work based on voice, texts and body in space. In 2018, she created a solo “Identity na ngayi” at the festival la Bâtie in Geneva. This show has been presented in Basel, Brussels, Utrecht. In the show “Indentity na ngayi” she becomes a spokesperson for the community that does not dare to speak, a project that gives voice to women of the world. In 2019 Jolie made several performances outside Brussels and at the cultural center Tictac, with travelling performances accompanied by workshops. Early 2020, she was taken on as a teacher at the Academy of Amsterdam. In the same year, in April, she realized a new creation with Serge Coulibaly called “Wakat” with 10 dancers. Also in 2020 Jolie create her company AUC Production, which gave birth to the festival BOSANGANI in Kinshasa. The first edition took place in 2021, and Jolie was able to gather more than 33 dancers around masterclasses, dialogues and debates to share her knowledge with the artists of her home country.

Jeremy Nedd is a Brooklyn-born, Basel-based choreographer, performer and sound designer. Upon graduating from dance school at SUNY Purchase College, Jeremy received a New York Dance and Performance “Bessie” Award for his performance in internationally acclaimed choreographer Kyle Abraham’s work “The Radio Show”. Once settled in Europe, he had engagements with Dresden SemperOper (2010-2012) and Ballett Basel (2012-2016) where he presented works in both mentioned companies, choreographic workshop evenings as well as free stage spaces in both cities. More recently, Jeremy has choreographed and presented his own productions at ROXY Birsfelden, Tanzhaus Zürich, Arsenic (Lausanne) and Palais de Tokyo (Paris). Jeremy is a 2017 PREMIO finalist (Nachwuchspreis für Theater und Tanz Schweiz), 2017 recipient of the Stipendium World Workshop in South Africa and is currently completing a Master’s degree in Extended Theatre at the Hochschule der Künste Bern. In 2020, “The Ecstatic” was preselected for Schweizer Theatertreffen and was presented at the Swiss Dance Days 2022 in Basel.