Swiss writer and cultural practitioner Andrea Keller is convinced of the value and effectiveness of well-told stories to shape public imaginaries. During her residency in Libreville, Gabon from July – August 2022 she will talk with local artists, NGO workers as well as eco-guides and seek contact with Gabon’s wilderness. Her research work is entitled “Out of the Green. Poetry for Future” and can be seen as a preliminary stage of a project she plans to realise after her return to Switzerland – together with other writers and cultural practitioners.

Located on the equator, Gabon is covered by dense tropical rainforest protected by conservation policy to preserve biodiversity and fight against the effects of climate change. During her time in the country, Andrea will contemplate a pair of intercecting questions: How can poetry deepen our relationship to nature? How can writing about nature change our mindset and inspire us to live a more sustainable life?

Through prior research, Andrea connected with local slam poet Frank Noël Makosso aka NO, who uses poetry to facilitate connections between people and inspire more conscious and respectful interactions, as well as Gabonese author/filmmaker Matamba Kombila whose work deals intensively with storytelling and social change. Andrea hopes to learn from these artists as well as from other locals, finding powerful words, making connections and critically reflect on a global North’s understanding of humans as separated from nature.

The project sets out to create a transnational movement of artistic connection through texts and poetry for writer activists to inspire ways of thinking and living to protect the natural world. 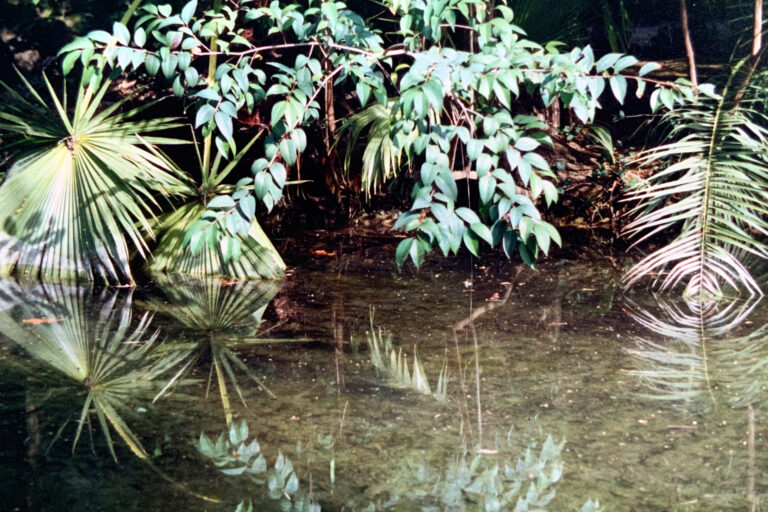 Andrea Keller studied journalism and communication in Winterthur, completed a master’s degree in cultural mediation at the Zurich University of the Arts (ZHdK) and has been completing the part-time master’s course in Biographical and Creative Writing at the Alice Salomon University in Berlin since October 2019. In 2009/2010 she was the project manager and curator of the Caritas Zurich awareness campaign “we are poor”. In this context, in addition to an exhibition, a performance and a guerrilla campaign, she also launched a writing workshop for people affected by poverty – an empowerment project that is still in great demand today. Andrea has also been teaching biographical and creative writing courses herself since 2014. After a few years as an editor at Swiss radio and television (SRF) and as Head of PR and conceptual designer at an advertising agency, she helped set up the Museum Schaffen in Winterthur as deputy head from 2017 to the end of 2020. She also curated exhibitions (EINS, ZWEI, DREI, 4.0 / SYSTEM RESET). Alongside this, Andrea carried out her own text and cultural projects, such as the Fundbüro2 (a lost property office for immaterial things that attracted attention beyond Swiss borders) and lectured at the ZHdK. Since 2019 she has been involved as a co-initiator, co-curator and communications officer in the “Hallo, Tod!” Cultural project, which is supported by the Kulturbande association and is Switzerland’s first participatory festival on the subject of death.