Swiss theatre and radio director and dramaturge Erik Altorfer has been invited to continue his collaboration with Tebere Arts Foundation in Kampala and Nairobi Musical Theatre Initiative (NBO MTI). His engagement with the East African organisations began last year with the hosting of remote masterclasses focusing on writing and directing for audio plays. This initiated a process of exchange and sharing between the organisations around training and outputs in this medium. Erik’s upcoming visit to the region in November 2022 will provide an opportunity to continue the process in-person.

Beginning in Nairobi in the context of the Kenya International Theatre Festival, Erik will host audio play masterclasses from 11-13 November for a selected group of participants. The masterclasses will be a collaboration with the NBO MTI, who will share the audio play excerpts that they developed for each of their musicals with Erik in 2021. The participants will include playwrights, theatre directors, theatre music composers and radio theatre actors drawn from local radio stations, university theatre departments, NBO MIT fellows and Kenyan voice actors. The finished audio plays developed during the masterclasses will be presented during the festival.

Following this, Erik will spend time in Kampala with Tebere Arts Foundation to direct the recording of the five audio plays written by emerging artists during the 2021 remote masterclass. The recorded audio plays will then be curated into the programme of the Kampala International Theatre Festival from 23-27 November alongside the five musicals by the NBO MTI. 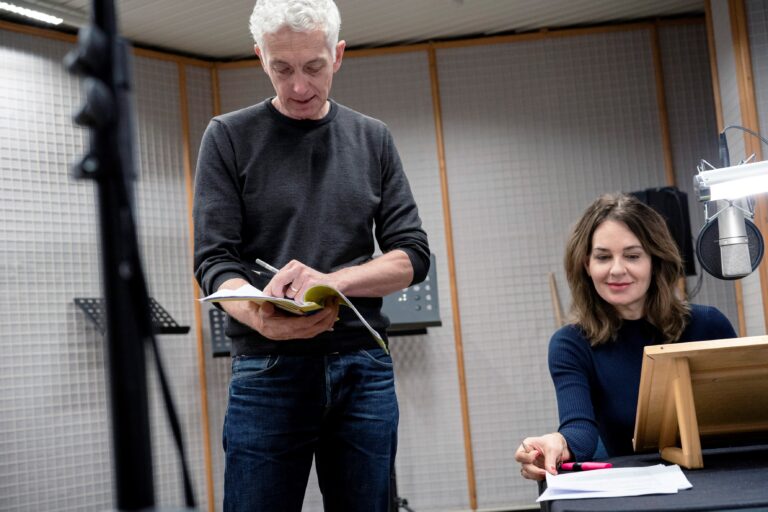 Erik Altorfer started his professional artistic work as an assistant director at the Schauspielhaus Zurich (Switzerland). Since 1997, he works as director and dramaturge for theatre and radio. He organised festivals commissioning and showcasing new plays in Switzerland, Austria, Egypt and Argentina. He was artistic director of the Swiss playwrights’ programme Dramenprozessor which received the Swiss Theatre Award in 2015. He held writing workshops in Bahrain, Belarus, Bolivia and Egypt. Erik directed, commissioned and adapted numerous radio plays (by Agota Kristof, Tim Etchells, Annie Ernaux, Ivana Sajko, Mudar Alhaggi and many others) for German and Swiss radio stations. 2019 and 2021 he curated the audio drama / blog productions “Sounds like a Whisper” at Theatre is a Must in Alexandria (Egypt) with a dozen Egyptian and Syrian artists. 2020 several of his radio drama productions were invited to “Mawgat Cairo’s International Radio Drama Festival”. 2021 he held the masterclass “Sonic Traces” on directing audio plays for Hewar Independent Theatre Group in Alexandria. Together with the Syrian playwright Mudar Alhaggi he led writing/theatre workshops with refugees in Beirut, Graz (Austria) and Zurich (Switzerland). Erik is teaching at the Zurich Academy of the Arts, in the last years with a focus on writing and directing audio plays.