Want to know more about our residency programme?

Please note however that applications are only accepted annually via an open call. The next open call will be in January 2023 for residencies in 2024.

Residencies are a central component of our programming, functioning as a crucible in which the very different realities of Switzerland and urban centres on the continent can find meaningful points of contact through the ability of artists from one context to spend substantial time in the other. Normally spanning up to three months, residencies provide possibilities for a rich immersive experience and ground for new work, new collaborations and new projects to organically emerge from the fundamental ingredients of any significant artistic endeavour: the right amount of time and space.

Received through an annual open call, applications are carefully considered by experts from both ours and the Zurich office. Special attention is given to the clarity, coherence and local relevance of each submission, as well as the positioning of the residency experience meaningfully within the artist’s overall professional trajectory. We work with a network of partners in the region and in Switzerland to design bespoke residencies for the selected artists.

We are pleased to introduce an exciting group of artists from Switzerland and from Southern, East, Central and West Africa who have been selected for residencies in 2023.

Annina Machaz completed a bachelor’s and master’s degree in Drama and Scenic Arts Practice at the Academy of Performing Arts in Bern. During her studies, she received the Migros Kulturprozent Sponsorship Award as well as the “Best Actors’ Award” for the part of Ophelia at the International ACT Festival Bilbao. For her own play about the icons Amy Winehouse und Marilyn Monroe she received the Swiss Newcomer Award Premio. In collaboration with Mira Kandathil, she has implemented other projects in co-production with Gessnerallee Zürich. The projects “Ask the Oracle” and “Nora or a Retirement Home” were invited to several festivals in Europe. Annina creates her own stage designs, papier-mâché figures and absurd texts. As a performer, she works and tours for various well-known artists and theatre houses like Volksbühne Berlin, Centre Pompidou Paris, Skirball New York, Festival of the Arts hosted by the Ruhr region, and many others. Last Winter she co-directed the fairy tale “Gretel und Hänsel” at the Theater Neumarkt Zürich and played the character of the evil gallery owner. In addition to her work on stage, Annina has also participated in various film projects and has organised two exhibitions of her own work (paintings and sculpture), and acts as a mentor at the Bern University of the Arts. 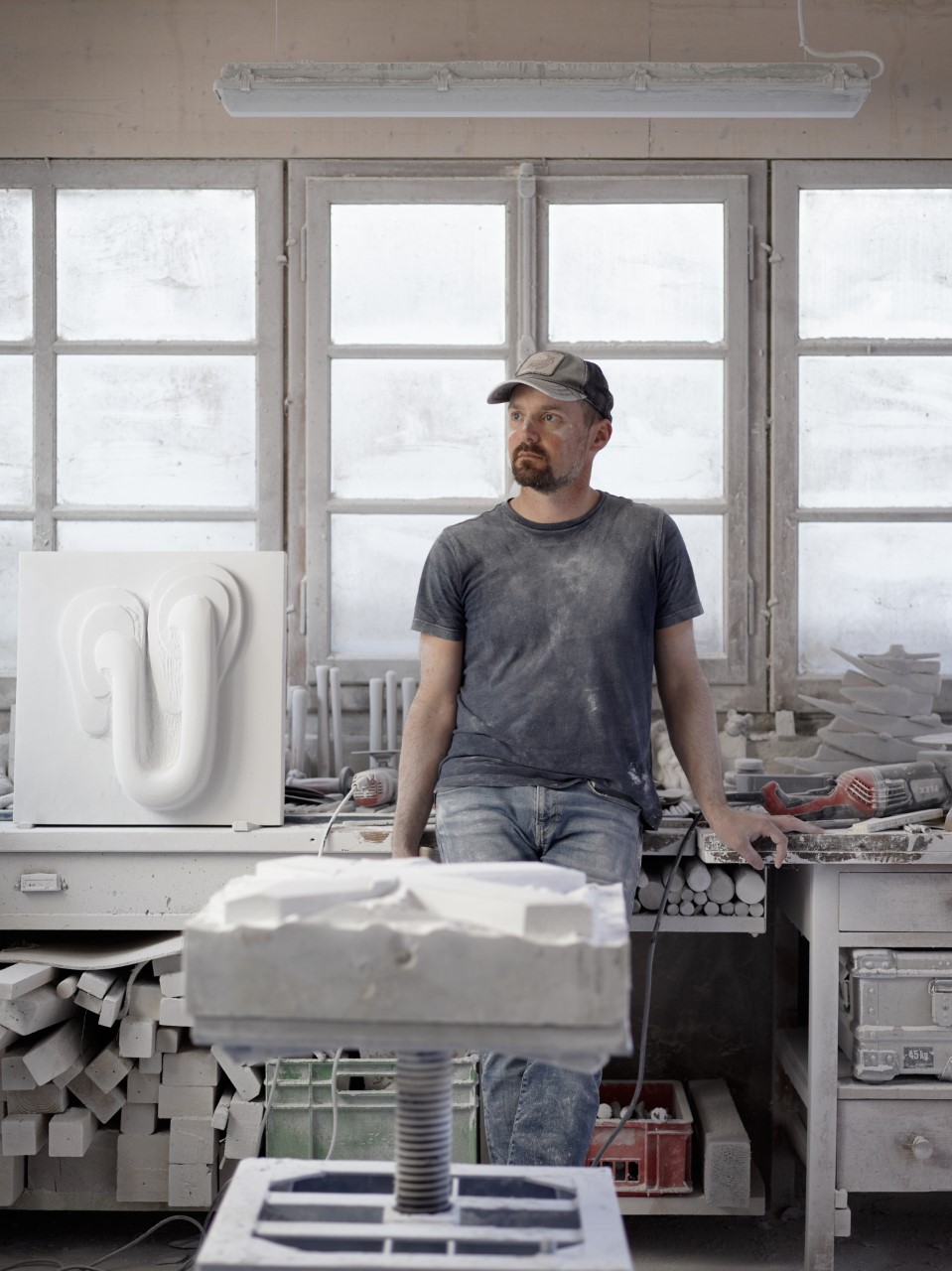 Reto Steiner  completed an apprenticeship in stone sculpture and subsequently worked at the Kunstgiesserei Sitterwerk St. Gallen. He was assistant to Swiss artist Markus Raetz. After a Master’s degree in Contemporary Arts Practice at the Hochschule der Künste in Bern, he won the Jury Award of the Skulptur-Biennale in Winterthur and was awarded the Aeschlimann Corti Scholarship as well as numerous residencies in Switzerland and abroad. He regularly exhibits in group and solo exhibitions. He lives and works in Frutigen. Reto’s stone works seem like artefacts from the future. Messages or signs of a forthcoming past. There are no models for the surreal-like forms. Organic shapes, fossils of a still undiscovered species? For Reto, these are sketches carved in stone. In his manual work on stone, resistance and duration become as important as the sculpture itself.

Noémi Michel is a scholar, teacher, activist and cultural worker in the field of critical Black thought. She is senior lecturer in political theory at  the University of Geneva and teaches on a regular basis at the School for Art and Design (HEAD) – Geneva. She is member of the European Race and Imagery Foundation (ERIF), the Collectif Faites des Vagues. At the juncture of theory and artistic and collective experiments, her work is rooted in critical Black thought. It currently explores divergent understandings of antiracism in European public debates and institutions as well as diasporic Black feminist theories of political voice. Her recent writing has been published in Mirà ( the journal of the New Museum of Monaco), Darkmatter Journal, Critical Horizons and Postcolonial studies. Her latest artistic collaborations include the series of radio broadcasts “la politique de la voix” (Radio 40) and a theatrical “talk show” about the Swiss (post)colonial  imaginary staged at Festival de la Cité (Lausanne). She is currently working on the dramaturgy and the co-writing of the theatre creation Vieilleicht (Grütli, Vidy) which explores Black history and dreams in relation to European public spaces.

Cédric DjeDje graduated from The Manufacture – Haute école des arts de la scène, in 2010 with a bachelor in theatre. Since then he has acted, performed, danced for Jean-Louis Hourdin, Erika von Rosen, Massimo Furlan, Arpad Schilling, Aurélien Patouillard, Marion Duval, Koraline de Baere, Guillaume Béguin, Armand Deladoey, Claire Deutsch, Eric Devanthéry, Jacint Margarit,  Abdoulaye Konaté, Lola Giouse. He was artist in residence for three seasons (2013-2016) at the Théâtre Saint-Gervais Genève. In 2014, he co-founded, with five other artists from the Manufacture, the Collectif Sur Un Malentendu. In film, he he acted in Fauves by Robin Erard and recently appeared in two series, Helvetica and Hors-Saison. In 2020, he founded the company Absent.e, with which he is currently working on the multidisciplinary work Vieilleicht (Grütli, Vidy) which explores Black history and dreams in relation to European public spaces. 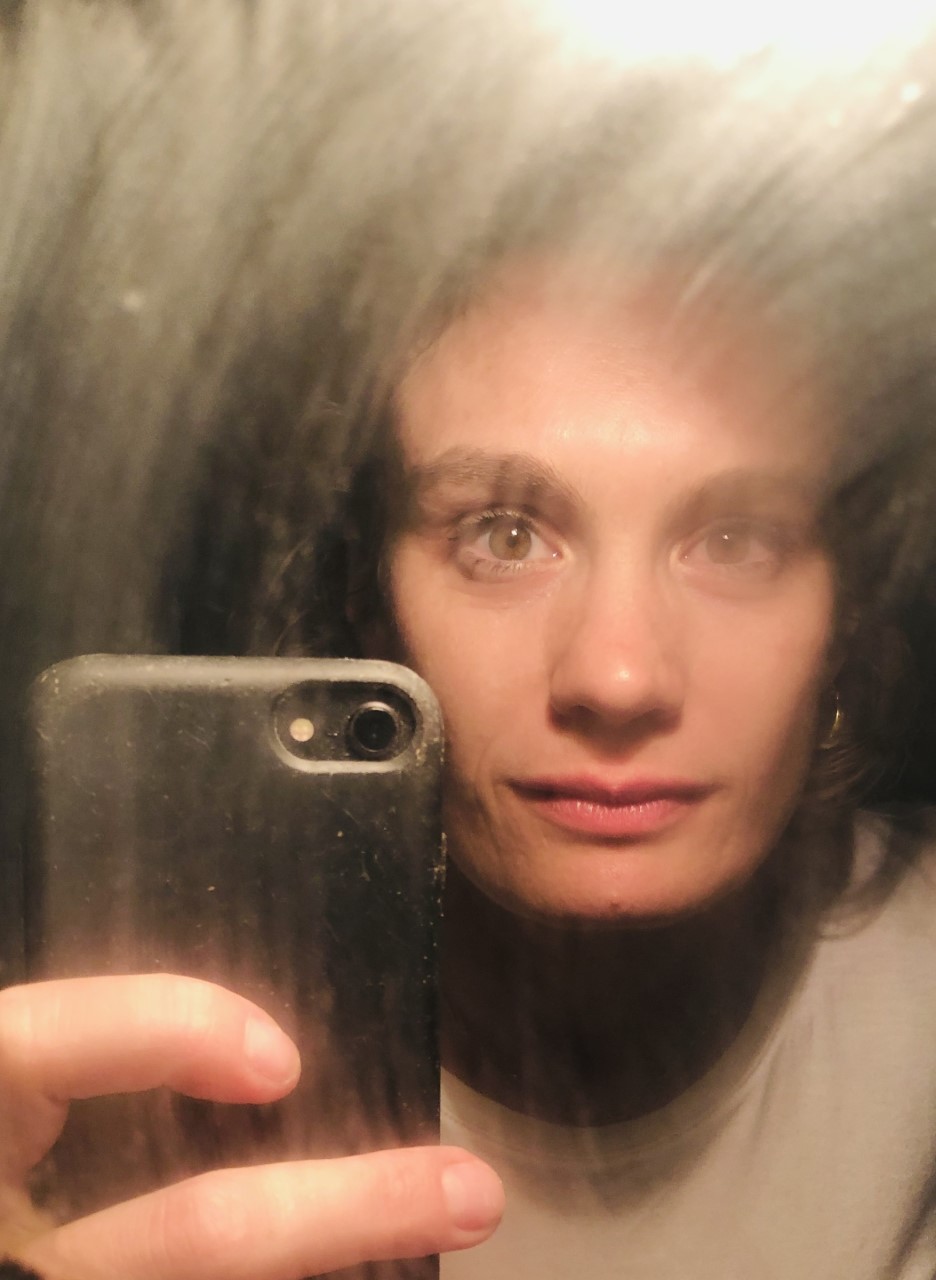 Stefanie Koemeda studied Biology in Zurich and Arts in Lucerne, Porto, and Vienna. She artistically engages herself in the characterization of human-made traces that are believed to endure geological periods and will by far outlast the existence of our contemporary civilizations. Her sculptural work creates new perspectives on sustainability, equality, and the constructed infrastructures of current societies. She has exhibited her work extensively in Europe and been the recipient of several grants.

Joseph Kasau is a visual artist, filmmaker and author who addresses the complexity of memory and identity in a post-colonial, urban context. His productions are highly attentive to social interactions, highlighting power relations and proposing alternatives for change and assembly. Joseph holds a degree in Information and Communication Sciences from the University of Lubumbashi, with a specialisation in Performing Arts (audiovisual, cinema and theatre). Joseph is a fellow of the Delfina Foundation Residency in Londo, the Trame 2022 residency at the Cité Internationale des Arts in Paris, the tri-continental Quilombo residency and exhibition project (2021 – 2023), and the Afro Ndi Luso Residency in Zambia (2021). He has worked with several local platforms and organisations including the Kidogo Kidogo Films festival, Lubumbashi Biennale and Waza Art Center. Joseph also works in connection with City Salts (Basel), Lago Mio (Lugano), Archives Books (Berlin), Museum of Tervuren (Belgium), and Modzi Arts (Lusaka). Joseph is  also co-founder of the collective Nidjekonnexion, a platform supporting research, education and contemporary art creation in the city of Lubumbashi, DR Congo. Working under the moniker Mostrixx, Faizal Ddamba is a storyteller. An afro-futurist Ugandan griot. An avant-garde music producer, DJ and remixer wielding electrifying sets; an urban dancer and choreographer, as well as an experimental visual artist. As a dancer, Faizal embraces breakdance, body-popping, traditional African and experimental contemporary forms. He was active in the development of Batalo East dance festival and the nation-wide Ugandan Breakdance Jams. Besides mentoring the new wave of Ugandan dancers, he has developed his own style incorporating elements from broad horizons while reflecting on his origins and the search for a sense of belonging. As a musician, since his debut album “Tribal Match” (2017), Mostrixx has broken new ground with a series of genre-bending releases. Mostrixx has grown from captivating the underground local scene to becoming a regular feature on the global circuit having headlined major festivals such as Nyege Nyege (Uganda), Africa Nouveau (Kenya), and Africolor (France). 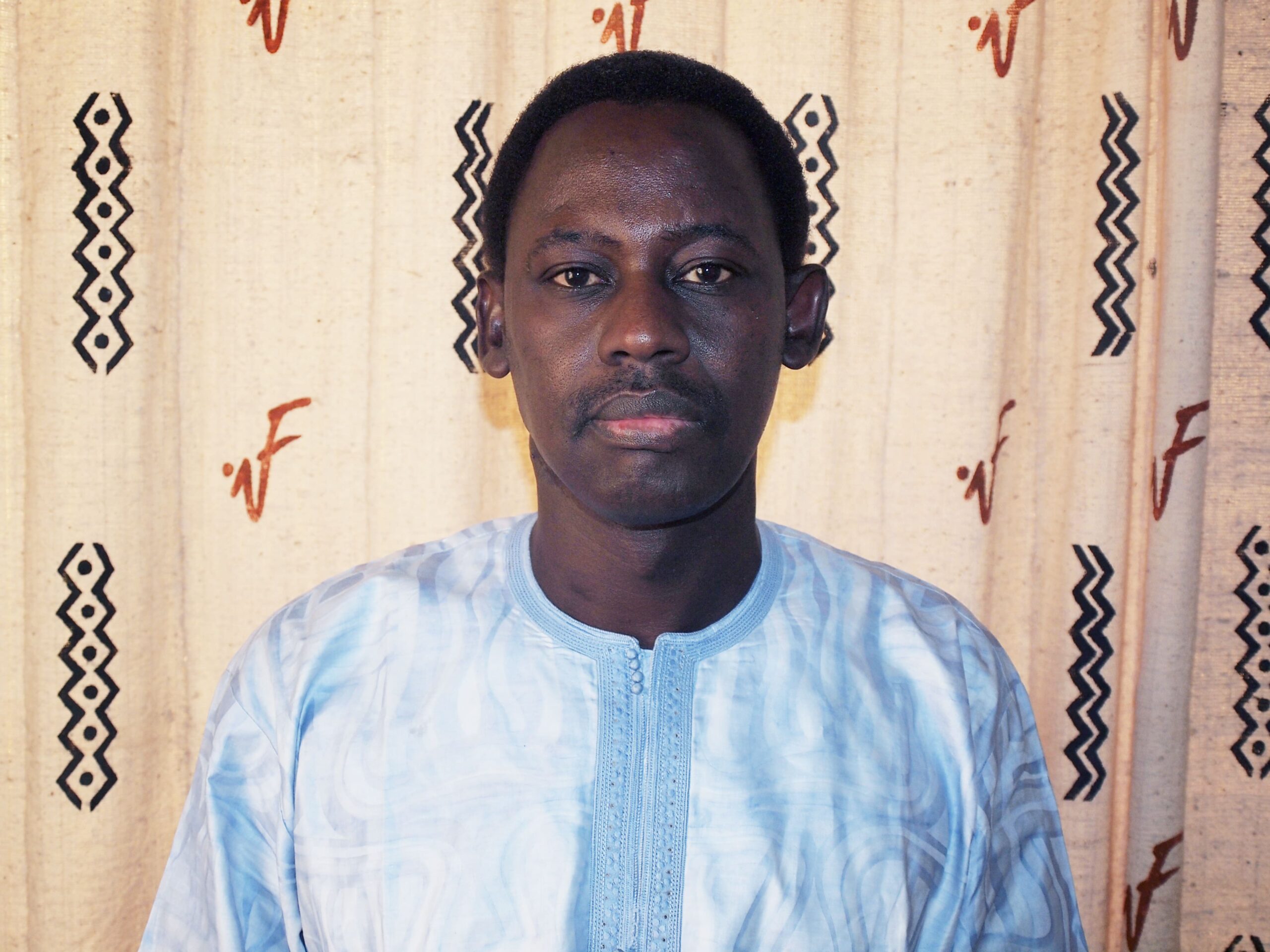 A native of the Timbuktu region in Mali, Ibrahima Aya is an agricultural engineer, writer and editor. He is the co-founder of Editions Tombouctou, and alongside his literary and editorial activities, exercises his profession as an agronomist. Ibrahima has notably published: Les larmes de Djoliba, Les âniers de la Casbah, Querelle autour d’un âge, Rires et pleurs des orphelins. He has also participated in or co-edited the writing of several collective works including: Voix hautes pour Tombouctou, Le Mali entre doutes et espoirs, Le Mali contemporain. Le pays des éclipses, published in 2021, is his latest work. In 2011, he created the “Bibliothèque des dédicaces” in Timbuktu to bring together books donated and autographed by their authors with the aim of combating intolerance by sharing knowledge and imagination. Ibrahima is the co-founder and director of the “Rentrée littéraire du Mali”, the literary event of reference in Mali, created in 2008, which has now made Mali one of the major events for the celebration of literary and intellectual creation in Africa. Romy Brauteseth is a South African bass player. Born in Port Elizabeth, she grew up in a musical family and played piano and guitar at an early age. She learnt to play electric bass in church, and learnt to read music in the Victoria Park High School Big Band. Along with fellow students she formed a combo that for many years performed at weddings and other events. Romy was chosen for the Standard Bank National Schools Big Band in 2005 under the leadership of musical virtuoso Graham Beyer. While studing graphic design, she continued a freelance music career in various bands, collaborations and theatre shows. She was chosen for the National Youth Band in 2010 under well-known composer and bass player Mike Campbell. Romy found her musical match in the upright bass which started her off as a freelance musician with some of the country’s finest musicians such as Dan Shout, Gorm Helfjord, Melanie Scholtz, Mark Fransman, Bokani Dyer, Kesivan Naidoo, Dave Ledbetter, Alvin Dyers and many more. Romy currently gigs and tours most frequently with Marcus Wyatt (ZAR JAZZ Orchestra, Bombshelter Beast), Bokani Dyer Trio and the Keenan Ahrends Trio.