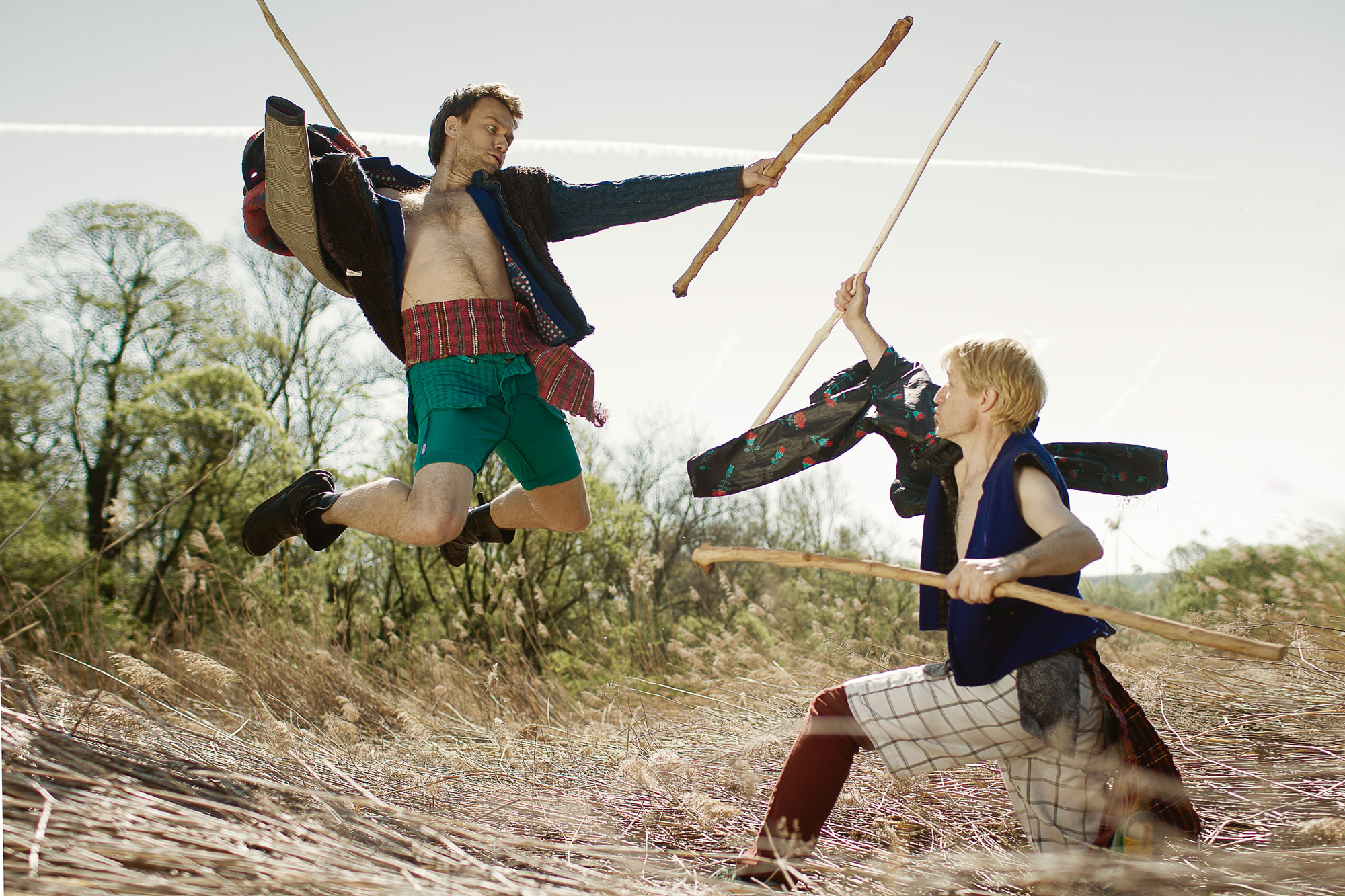 BAM is an international festival organised every two years in Bamako, Mali by the Compagnie COPIER/COLLER. The first edition of BAM was held in 2018, an initiative of Malian choreographer and dancer Tidiani N’Diaye and artist Arthur Eskenazi. The multidisciplinary festival aims to support and promote young African creations and mobalise the local dance and performance community through workshops that provide access to works, histories, practices and techniques that are often overlooked or inaccessible. The festival also aims to build networks of mobility and production between Europe and Africa in order to facilitate the mobility of African artists to European countries to promote their work and gain access to resources.

The second edition of BAM will be held in Siby, a small town 50km South-West of Bamako from 25 November to 5 December 2021. Swiss performing arts company Cie József Trefeli will present the two-person work Creature in this year’s programme. This tour comes about after more than two years of discussion between the festival directors and the company.

Cie József Trefeli was founded in 2005 in Geneva. The company focuses on choreographic research and collaboration between choreographers of different cultures to promote cultural exchange.

Creature is a play about origins, be they biographical, ethnographical, socio-cultural or aesthetic. Conceptualised, choreographed and performed by József Trefeli, Gábor Varga, both of Hungarian origin, the starting point for Creature are the sticks, whips, masks and costumes used in traditional Hungarian dances. These accessories lead József and Gábor on an important quest to understand the movement that shaped their bodies in order to discover the original movement, the gesture that will give birth to a new choreography, a “creature” loaded with codes, intentions and keys to reading. The two artists tackle ethnographic material to extract its essence, break it down to recompose it and question their contemporary choreographic practice under the microscope of this archaic heritage. The point of tension arises in this eminently organic relationship with a strong cultural heritage and the attempt to distance themselves from it, to seek a certain agonistic universality and abstraction. In their choreographic process, József and Gábor commandeer folklore in such a way as to generate their own ‘faux-klore’ that is at home anywhere today. Creature aims to provide the audience with a perception of their own cultural heritage. The work offers a bridge to the past, evoking ideas of movement, style and practices that have informed contemporary culture. Whether voluntarily or not, Creature refers to the origins of dance, the form of expression that arose from rituals, primary, spontaneous and natural. At the same time, it refers to the history of contemporary dance, recalling its expressionist period of which Mary Wigman’s famous recordings (Hexentanz, Totenmal) are the most accomplished example.

An Australian of Hungarian origin, József Trefeli graduated from the University of Melbourne VCA with a Bachelor’s degree in Dance. He joined the Alias Dance Company in 1996 in Geneva before founding his own company in the city in 2005. His creations have toured around on the world on such platforms as the Journées de la Danse Contemporaine Suisse 2013 and 2015, Aerowaves 2013 and Région(s) en Scène(s) 2014 and La Grande Scène. In parallel József is involved in other projects as dancer, actor, puppeteer and choreographer for different companies and institutions.

Gábor Varga is a Hungarian dancer and choreographer who began his career as in folk dance. From 1995 to 2000 he studied in Budapest at the Talentum International School of Dance and Musical Art, after which he was accepted at P.A.R.T.S the school of Anne Teresa De Keersmaeker in Brussels. During his time in Brussels Gabor worked with renowned choreographers such as Anne Teresa De Keersmaeker, David Zambrano, Michèle Anne De Mey, Mette Ingvartsen, and Thomas Hauert to name but a few. Gabor has toured with these works all over the world. Since moving to Geneva, he has collaborated with Cie Gilles Jobin, the Alias/Guilherme Botel Alias/Guilherme Botelho and Cie József Trefeli.