In 2020 we saw many of our assumptions about society, culture and economy upturned or broken. We saw in equal measure the emergence of possibilities for rapid and transformative change, and the deepening of existing fractures and injustices. It is clear we are inside a period of disruption that neither began nor will end with the COVID-19 pandemic, and in which the larger social-economic-ecological crises of our time become vivid and present. Against this backdrop, the Breathing Space grant programme of Pro Helvetia’s Johannesburg office looked to enable modest relief, or ‘breathing space’, for arts practitioners, organisations and networks across the subcontinent to rethink ways of working, to experiment with new formats of production, exchange and collaboration and reimagine the shape and position of cultural and creative work.

Afrolit Sans Frontières is a series of virtual literary festivals for writers of African origin, organised by author and publisher Zukiswa Wanner. The idea for the festivals developed in response to the global pandemic and restrictions on international travel.

There have been five editions of Afrolit Sans Frontières to date that have featured writers with books published in English, French and Portuguese. The first Season took place in March, followed by Season 2 in April, Season 3 in May, Season 4 in June and Season 5 in July. The sixth Season of Afrolit Sans Frontières is supported by Breathing Space funding and will take place from 26 October to 2 November 2020. Coinciding with Black History Month, the focus will be on African languages and include books published in Kiswahili, isiZulu, Hausa, Yoruba, Twii, Shona, Lingala and Amharic. This edition is co-curated by Zukiswa together with Nigerian writer and linguist Kọ́lá Túbọ̀sún and Kenyan Mũkoma wa Ngũgĩ, an author and Associate Professor of English at Cornell University. The festival will be live streamed on Youtube, Facebook and Twitter and will consists of two sessions per day moderated by a host who also fields questions from audience members. 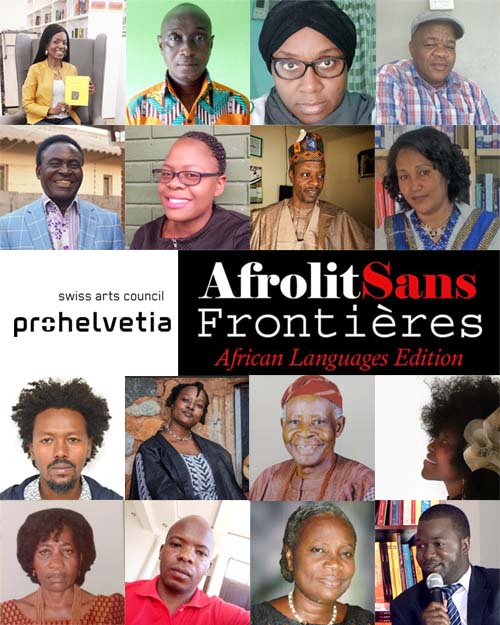 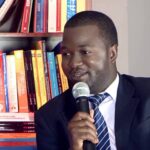 Richard Ali Mutu (Democratic Republic of Congo) won the Mark Twain Award in 2009, and published his first novel, Tabu’s Nightmares, written in French, in 2011. His novel Mr. Fix It: Troublesome Kinshasa was published in Lingala in 2014, and has since been translated into French. Richard was selected as one of the only writers working in indigenous languages for the Africa 39 anthology, which showcased the continent’s most talented writers under forty, including Ondjaki and Zukiswa Wanner. He works as a lawyer and writer, and hosts a weekly television programme about Congolese literature. 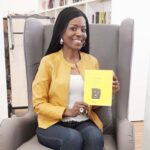 Stéphanie Boale (Democratic Republic of Congo) is an author of novels and poetry. She studied journalism at the ISTI / IFASIC Institute of Information Science and Technology in Kinshasa before working at Agence France Press (AFP) in Kinshasa, and later the United Nations Development Program (UNDP) at the Department of Information and Communication in Bangui in the Central African Republic. Writing in French and Lingala, her books have wide appeal. She is the founder of BUKU, a cultural space that promotes literature among young people. 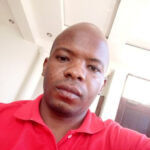 Dotto Rangimoto (Tanzania) is an up and coming Kiswahili poet. He won The Mabati-Cornell Prize For The African Literature 2017 and The Mayor Of Dar es salaam Poetry Prize 2016. 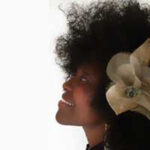 Anna Samwel Manyanza (Tanzania) writes novels in her mother tongue, Kiswahili. Her debut novel, Penzi la Damu won the Mabati Cornell Prize for African Languages in 2015. She also writes children’s books in English, Kiswahili and German. Little Black Cappy is her debut children’s story and it has been translated into three more languages (Kiswahili, German and French.) Currently, Anna is working on her second novel in Swahili, Mkufu wa Kijakazi (The Maiden’s Necklace). 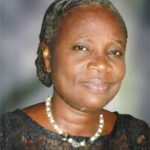 Prof Arinpe Adejumo (Nigeria) is a playwright, poet, and critic and Professor and immediate past Head of the Department of Linguistics and African Languages, University of Ibadan, Nigeria. She is the author of the play, Afàgo Kéyin Àparò, and Ròóre, a collection of poems. Professor Adejumo is the author of the first book-length study of dramatic satire in Yorùbá language, Ìṣẹ̀fẹ̀ Nínú Àwọn Eré Onítàn Yorùbá (2001). In addition, she co-edited Ọ̀tun Ìmọ̀ Nínú Ìtàn Àròsọ D. O. Fagunwa (2016), a volume of essays to commemorate the fiftieth anniversary of D. O. Fagunwa’s passing. Her current research focuses on the Tropes of Patriotism, Citizenship, Leadership, Governance, and Development in Yorùbá Literature. She is a member of the Nigerian Academy of Letters. 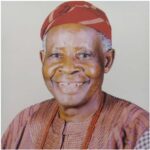 Bámijí Òjó (Nigeria) is a Yorùbá writer and broadcaster of note with two novels and a number of other books on Yorùbá culture to his name. His first novel, Mẹ́numọ́, was published in 1989, followed by a sequel Ọba Adìkúta in 1995. 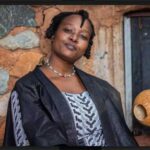 Zanele Ndlovu(South Africa) is an oral storyteller, indigenous music instrument teacher, translator, author of two IsiZulu children’s books, Umakhweyana and Simunye, and also a publisher with the press, Izilimi Zase Afrika. Her books are available as audiobooks and her debut, Umakhweyana has been translated into five other South African languages: IsiXhosa, Sepedi, Sesotho, English, and Afrikaans, and also recently, German. 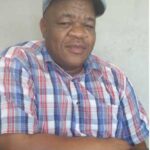 Nakanjani G. Sibiya (South Africa) has authored several volumes of isiZulu short stories, novels, dramas, and co-authored or edited numerous anthologies of short stories and poetry. He has won awards for almost all his literary works, including the prestigious M-Net Book Prize for his debut novel, Kuxolelwa Abanjani? (2003). His debut collection of short stories in English, The Reluctant Storyteller was published this year. Nakanjani holds a Ph.D. in isiZulu and is a lecturer at the University of KwaZulu-Natal. 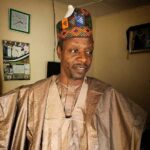 Ado Ahmad Gidan Dabino (Nigeria) is a quintessential man of letters, a Hausa novelist, playwright, poet, biographer, publisher, journalist, actor, film producer, director, and a cultural activist. Over his thirty-year career he has produced and directed more than 18 films and published over 15 Hausa novels, three of which have been translated into English. He is one of the pioneering organizers of Association of Nigerian Authors (ANA), heads the Raina Kama Writers Association and is the acting head of  the Kano State Filmmakers Association. 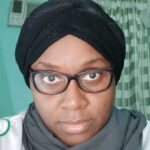 Rahma Sherif Abdul Majid (Nigeria) has Arab and Hausa Fulani heritage. She began her Qur’anic studies in her father’s compound and enrolled in conventional primary school at the age of nine. She earned her diploma in Shari’a law in 2001. She proceeded to the famous Al-Azhar University in Cairo for her undergraduate degree studies where she obtained a BA (Honors) degree in history and world studies. She began writing in 1996 and has published over twenty books. She is involved with many NGO and sensitization groups and is currently the president of Mace Mutum, an umbrella body of Hausa women writers in Nigeria. 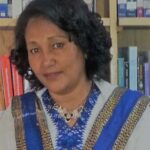 Yezina Worku Desta(Ethiopia) is a graduate at A.A. University with a Master of Arts Degree in Ethiopian Literature and Folklore as well as a BA Degree in management. She has worked at different organizations and managed the Ethiopian writers Association. She has written children’s books, novels, Ethiopian tax history, short stories, poems, and about the life of people who live with Leprosy.  Yezina is the first female modern short story writer in Ethiopia writing in Amharic. 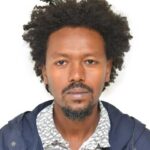 Girma T. Fantaye (Ethiopia) is a writer and former print journalist. He has published collections of poetry and novel in his native language Amharic. His short story Of the poet and The Cafe is published in the Addis Ababa Noir anthology. His new novel Yenigat wof Zema (loosely translated as The Rythmes of an Early Bird) will be out this year. 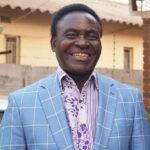 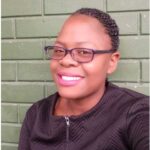 Marcilyn Mugariri (Zimbabwe) is an education and fiction writer. She graduated of the University of Zimbabwe attaining a Bachelor of Arts Honours degree in African Languages in 2008.  Her first novel, Manyambiri, a Shona old-world fiction book, was prescribed by the Ministry of Primary and Secondary Education as a set book for Ordinary Level Shona Literature from 2017-2021. Her second book Shasha Dzekurera, was nominated by the National Arts Merit Awards in 2020. Her third novel is an English romantic fiction, titled A Love Boundless. 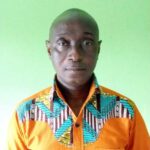 Justin Ekor (Ghana) is the current headmaster of Archbishop Amissah Catholic School in Cape Coast and a part-time tutor at the OLA College of Education Cape Coast. He is a prolific writer with a high sense of humour. He enjoys weaving stories around the culture of his people. Conspicuous in his novels are love and death shrouded in tradition. He has published fifteen books, 12 in English and 3 in Ewe. His Ewe books are Ewegbe Nuti M) (2008). Nunyax) Me Nutinyawo (2013) and Ewe Nyaduwo Na Sukuwo kple K)ledziwo (2015). He is currently working on three Ewe books to be published soon. 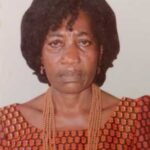 Benedicta Esi Anibri (Ghana) is an award-winning writer, editor, and translator. The Deputy Director in charge of Material Development at the Bureau of Ghana Languages, she has translated numerous titles from English to Ewe. She has also edited many publications and translations in the Ewe language. Benedicta has written two books in Ewe, Lãwo f̳e gbe (2003) and Mama Adidi Gbadebu Fe Adzo Adewo (2019). She has four other titles that are set to be published in the same language.