This curatorial residency, in the context of COVID-19 reconfigured as a virtual encounter, is part of the Bag Factory / Luso-Linkup project aiming to encourage transnational networking and collaboration between the Bag Factory (Johannesburg, South Africa) and the Lusophone countries of Mozambique and Angola.

The two participant curators, selected from an open call, are Sara Carneiro (Mozambique) and Luamba Muinga (Angola). The virtual residency will take place during September 2020 and be facilitated by the Bag Factory, providing mentorship and opportunity for the curators to meet local artists and arts professionals through a series of focussed online networking meetings and conversations. Focusing on networking and research, the Bag Factory / Luso-Linkup residency aims to facilitate short- and long-term professional development, allowing the participant curators to broaden their knowledge base, develop new and meaningful professional contacts and relationships, create future work opportunities, refine their networking skills, and build other vital professional capacities.

Together with the Bag Factory, the curators have conceptualised a publication which will showcase the work of a selection of roughly ten artists and curators within the Luso-Linkup framework. Each curator will nominate 2-3 creatives from their own context to feature alongside Mozambican/Angolan creatives based in South Africa. The publication will include interviews, artworks, and exhibition projects. Part of the publication will also serve as a resource about the arts landscape of Mozambique and Angola, listing information about galleries, residency spaces, independent project spaces etc. The publication will be produced as a digital catalogue that will be released at the end of November 2020 and which can be widely shared despite current travel restrictions and closed borders. 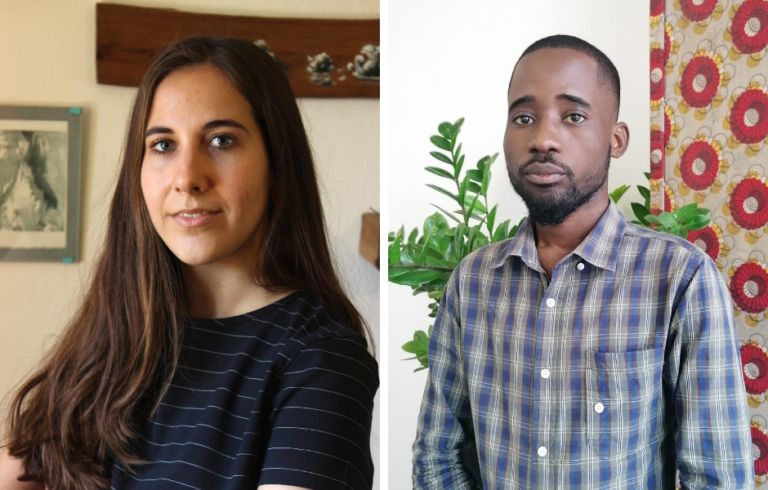 Sara Carneiro is a Portuguese visual artist and curator based in Maputo. After graduating in Fine Arts – Multimedia at the Fine Arts Faculty of the University of Porto (Portugal), she moved to Mozambique in 2017 where she startedlecturing at the Higher Institute of Arts and Culture (ISArC). In Maputo, she has showcased her work in individual and collective exhibitions and she started curating different projects in cultural spaces such as the Mozambican-German Cultural Center (CCMA) and the Fernando Leite Couto Foundation (FFLC). In her work, Sara engages in a discussion about the perception of the past/present, historical constructions and one’s identity.

Luamba Muinga (Luanda, 1995) is a curator, producer, cultural critic and writer. He coordinates LabCC –  Laboratório de Crítica e Curadoria, and hosts ART APPRECIATION, a program of events focused on author cinema and video art. He has acted in curatorial projects for the exhibition / performance Amazónia Paz (2019) by Pemba; Qual Futuro (2020) collective of LabCC; and Mwata (2009) by Mussunda Nzombo. Luamba is co-founder of the art magazine Palavra&Arte and has published art articles/reviews in Cultura – Jornal Angolano de Arte e Letras. He has a degree in Social Communication from Universidade Agostinho Neto, and extensive training in curatorial / reflective research and writing practices.