Studio residencies form a fundamental part of our overall programming mix,  functioning as a crucible in which the very different realities of Switzerland and Southern Africa can find meaningful points of contact and relationship through the ability of artists from one context to spend substantial time in the other. Normally spanning up to three months, studio residencies provide possibilities for a rich immersive experience, and ground for the gestation of new networks, collaborations and projects.

Submitted applications are carefully considered by experts from both our Johannesburg and Zurich offices, with special attention given to the clarity, coherence and local relevance of each submission, as well as the positioning of the residency experience meaningfully within the artist’s overall professional trajectory. We work with a network of partners across the Southern African region and Switzerland in designing bespoke residency experiences for selected artists.

Across the various disciplines that we work in, we are pleased to  introduce an exceptional group of arts practitioners from Southern Africa and Switzerland awarded studio residencies for 2020. 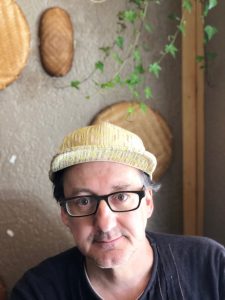 Armin Senser was born in Biel (Switzerland) in 1964 and lives in Berlin, Germany. He studied philosophy, German philology and linguistics in Bern. Since 1998 he is living in Berlin where he works as poet translator, playwright, and essayist. He published his first volume of poetry called Grosses Erwachen in 1999. He is co-publisher of the anthology Literatur der deutschsprachigen Schweiz (German literature of Switzerland). His most recent volume Kalte Kriege appeared in 2007.
His poetry depicts metaphysical voyages through landscapes from Lissabon to the Alps or through literary history from Shakespeare to Vergil, from Schiller to Robert Frost, from Nietzsche to Valloton. 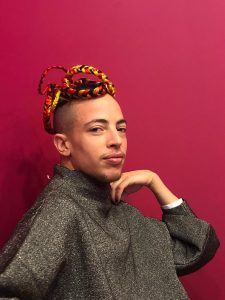 Meloe Gennai is a poet, performer, actor and a historian and legalist advocating for minority rights. Their poems are written in English, German and French and address themes like gender, relationships, blackness, queerness, discrimination and safe spaces. They are a laureate of the poetry Biennal Robert Goffin (Belgium 2012) and have performed in Switzerland, Austria France, Madagascar as well as in Berlin, Bruxelles, Lissabon, Madrid, Warsaw. Meloe has published a book of poems in October 2017 and was recently awarded a writing grant by the city of Geneva for their first novel: “The evolution of love” (2018-2020). 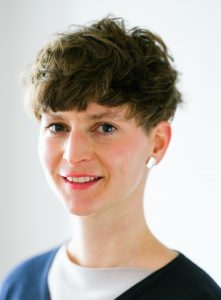 Claudia Kübler was born in 1983 in Zurich. She studied in Geneva, Edinburgh and Lucerne where she completed her Master of Arts in Fine Arts with distinction in 2012. Her work explores the phenomenon of time and its contradictions, the search for and the lack of knowledge, among many other holes, the continuous cycle of production and destruction or the one of error and insistence. Her art has been shown in exhibitions at Kunstmuseum Luzern, Kunstmuseum Solothurn and Kunsthalle Luzern. Since 2013, Claudia has been a co-organizer of the artist-run space Alpineum Produzentengalerie in Lucerne. During the Spring semester of 2018 she teaches a practice-based seminar entitled “Staying with the Trouble” at the Zurich University of the Arts in collaboration with Uriel Orlow and Gerald Raunig.

Jessica Huber works as an artist in the field of the performing arts and is a founding member of mercimax, a theatre group and performance installation collective, based in Zürich. She has been collaborating with James Leadbitter aka the vacuum cleaner on a long-term project called “The art of a culture of hope / Tender provocations of hope and fear” which addresses two key concerns: how do we deal with fear, understand its causes and effects on us?; and how can we create a space for potential, a space maybe for something like “hope”? Jessica works with curiosity and has a special interest in the texture of relationships and in how we function as individuals in society. She regularly gives workshops to professionals and non-professionals and has created dance pieces with elderly people.

Intergalactic shape-shifting kwaai diva Umlilo is a genre and gender-bending multi-disciplinary artist. The queer performer/music producer’s signature sound dubbed ‘future kwaai’ explores and pushes the boundaries of electronic kwaito, alt-pop music in contemporary South Africa and has been a regular fixture in the international music community. Umlilo merges an avant-garde aesthetic with technology, visual art, dance, film and fashion design. They have released two acclaimed visual EP’s that have been playlisted worldwide, received over 100 000 streams online and featured across film, art, literature, fashion and music platforms. In 2017, Umlilo took their sound international with tours in North and South America and Europe with rap duo Stash Crew. 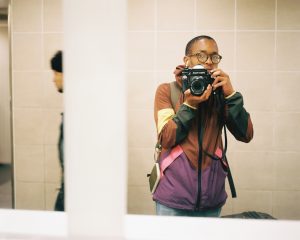 Born in Soweto in 1990, Andile Buka is a self-taught film photographer living and working in Johannebsurg. He describes his work as  a conduit for storytelling as he navigates different spaces and life. His commercial portfolio includes campaigns for adidas South Africa, Levi’s, Superga, MAXHOSA and ASOS and his photographs have been published in various print and online publications such as Vogue Italia, Aperture Magazine, Ogojiii, The New York Times, The Guardian and Leica Fotografie International. In 2015 he showed at the 18th Internationale Schillertage Festival (Mannheim, Germany) and the Lagos Photo Festival. In 2016 he participated in two group exhibitions; Fashion Cities Africa at Brighton Museum & Art Gallery (UK) and Find Us On The Map at Rush Arts Gallery (New York). Most recently, Andile collaborated on an exhibition with Naohiro Harada at Totodo Books in Tokyo and was selected as one of Adobe’s 10 Rising Stars in photography internationally. Andile published his first photo book “Crossing Strangers”, in 2015.

Serge Diakota, born in 1988, is an installation artist from the Democratic Republic of Congo. He currently resides in Kinshasa and has over 8 years’ experience as a visual artist with skills ranging from sculpting, painting and photography. He has exhibited in Belgium, South Africa and had various shows in his native Congo. Using objects sourced from daily life, such as plates, plastic bottle caps and capsules, his work explores social and political issues in relation to local and global perspectives. Using a razor to incise into these objects and re-configuring them into sculptural creations, Serge gives these discarded items new meanings. 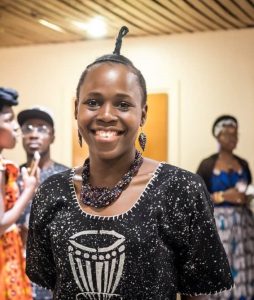 Born in 1990, Agathe Djokam has been interested in art since a young age. With a background in hip hop and break dancing, her work is highly physical and technical, as well as durational. As a dancer and choreographer, she has created and presented dance pieces at the Institut Français Cameroun, the Goethe Institut, as well as festival and on the street. Agathe is continually expanding her practice through training in acting, dramaturgical writing, staging and dance in Cameroon, in Senegal at the Ecole des Sables, and in France at the Menagerie de Verre and at the National Center of Music.