In the Key of Marimba brings together three masters of marimba: Matchume Zango from Mozambique, Michael Sibanda from Zimbabwe and Keketso Mahlo Bolofo from South Africa.

The musical creation will take place within an artist residency in Maputo on July 2017, feeding and sharing of the collective knowledge and expertise of the three artists.

During the residency, the artists will create a live performance that will happen at the French Mozambican Cultural Center (Maputo). They will also present an informal lecture demonstration at the Fernando Leite Couto Foundation (Maputo).

Artist Bios
Matchume Zango has dedicated himself to Mozambican traditional music and dance since the age of six. Inspired by this long and passionate tradition of music and percussion, Matchume began to play, study music and produce traditional instruments such as timbila, mbira, xitende and djembe drums. Over the past fifteen years, Matchume has toured the world as a performing musician and composer of traditional, experimental and fusion music. He is currently regarded as one of the new masters of the timbila. 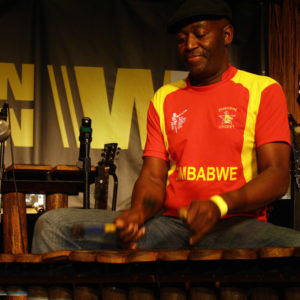 Sibanda is a world-touring African marimba music composer, arranger, performer and music educator currently based at St Stithians College, Johannesburg, South Africa where he directs the marimba programme. He holds a Music teaching diploma from Kwanongoma College of Music, Bulawayo, Zimbabwe and a Bachelor of Music Honors Degree (Music Education) from the University of Pretoria, South Africa. He is currently studying for his Masters in Music Education with a research focus on marimba. 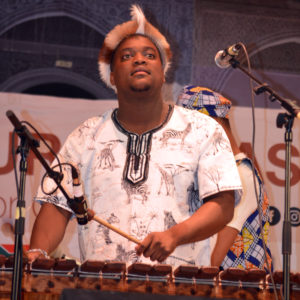 Bolofo is a young South African musician specialising in both African and western marimba and percussion. He received his Performer’s Diploma in African Music at University of Cape Town and is currently pursuing a Postgraduate Diploma in African Performance at University of Cape Town. Bolofo has performed extensively throughout South Africa, and has also toured to Thailand, Dubai, Oman and Switzerland where he performed as part of the UCT Ibuyambo Orchestra for the Roger Federer Match for Africa.